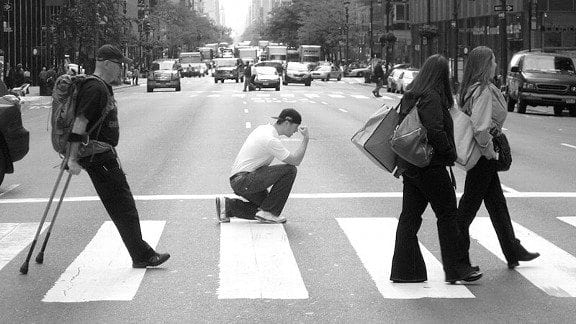 Tim Tebow’s fans jumped to his defense following Bill Maher’s scathing tweet of Tebow’s subpar performance over the Christmas weekend . Tebow threw four interceptions in the Broncos’ defeat to the Bills. Bill Maher tweeted this about the religious NFL quarterback.

Tebow didn’t bother responding to Maher, but plenty of his fans did. Some called for a mass cancellation of HBO subscriptions over the offensive tweet. HBO hosts “Real Time with Bill Maher.”

Tebow is so popular that “Tebowing” has become a  popular recreation. Similar to “planking” individuals have their pictures taken in unusal locations while kneeling in a Tebow-esque position (see below).

My newest book – Digital Leader – released this week discusses how to be a positive force of good . It behooves you and society to be more of a leader like Tim Tebow and less like Bill Mayer. Things Happen For You, Not To You Focusing on Saying “No”